Young Naturalists - Two for one

Our Young Naturalists have a festive feast, take part in the Big Garden Bird Watch, and get into hedge laying.

I am behind with our Young Naturalists updates, I think mainly because New Year and time off got in the way after our December session, so here’s a quick update from the last couple of months.

We met in between Christmas and New Year for a festive campfire cookout, something the group had enjoyed doing at the end of 2017 and requested again. We had a slightly random feast, depending on what food items each of the group had brought along, including crumpets, sausages, bacon, a very festive and warming fruit punch and of course marshmallows. 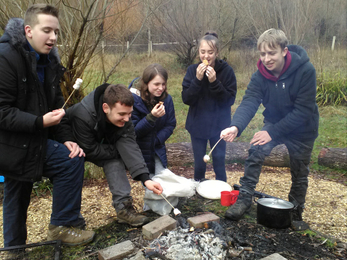 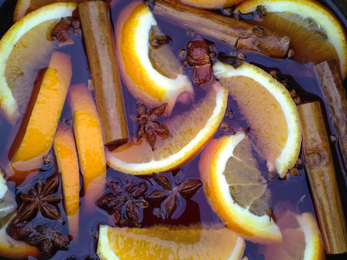 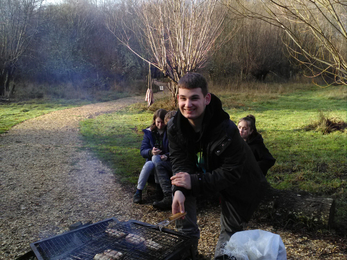 After tidying everything away we headed off for a wander and decided to go down to the Dockens Water to see if we could spot any tracks in the soft ground. We found plenty of signs of deer and some much smaller tracks which we decided could have been squirrel, I should have taken something for scale! 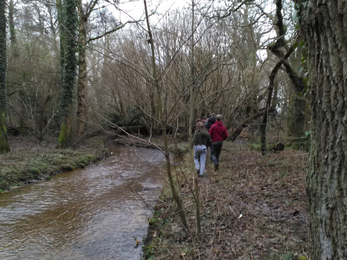 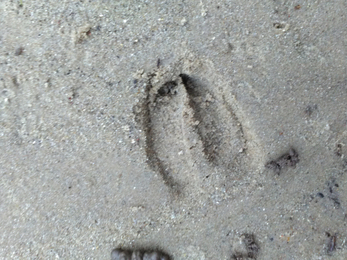 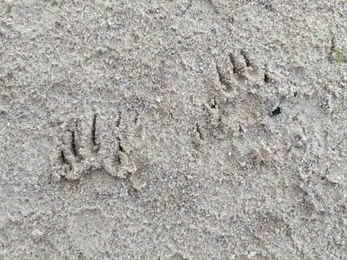 Corinne from the Cameron Bespolka Trust, who very kindly sponsors our Young Naturalists group, enabling us to run the sessions, venture further afield and enlist the help of specialists, had called in to leave Trust t-shirts and Great grey shrike pin badges for the group. The group were delighted with both, and we handed them out again in January to those who couldn’t make it in December. Despite the cold, I managed to convince a number to put them on straight away for a photo.

At the end of January we once again took part in the Big Garden Bird Watch, a survey we have now taken part in for three years. We spent an hour in the woodland hide, recording the greatest number of each species seen at any one time, no mean feat where the chaffinch were concerned!

In total, after comparing results from each pair, we had counted 91 birds and 18 different species, along with three grey squirrels. They were: 38 chaffinch, 9 reed bunting, 6 goldfinch, 5 siskin and blackbird, 4 great tit, blue tit and dunnock, 3 long-tailed tit, 2 greenfinch, robin, jackdaw and woodpigeon, and 1 coal tit, nuthatch, brambling, great spotted woodpecker and jay.  Both the chaffinch and reed bunting were hard to count where they were mostly feeding on the ground, and I’m sure we missed a few. In addition, and not included in our results as they were flying over, Will spotted a cormorant and herring gull, so it was a good bird watching hour! 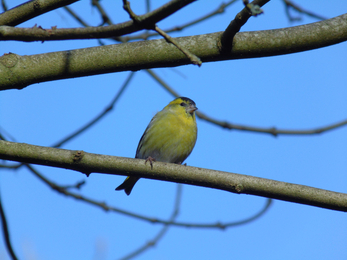 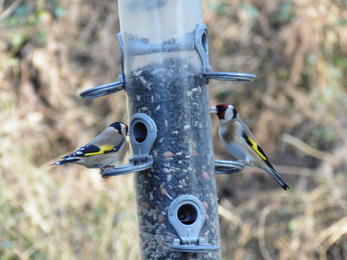 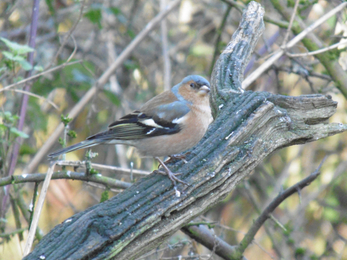 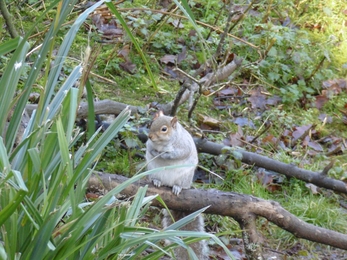 Compared to the past two years, our number of species has gradually increased, with 15 different species recorded in January 2017 and 16 recorded in 2018. Interestingly chaffinch numbers have risen from 16 to 23 to 38 whilst no reed bunting were recorded in 2018 and only 1 in 2017. Greenfinch numbers have decreased with 2 recorded this year compared to 4 in both 2018 and 2017, whilst 2017 saw 10 blackbird out in front of the hide, compared to 4 in 2018 and 5 this year. Finally, last year we picked a good hour and saw 1 lesser redpoll, something I had been hoping for this year, but it really does just depend on what is about on the day. It will be interesting to see what results we get next year.

After lunch we headed back out to lay a short stretch of hedge along the reserve boundary, past Ellingham Pound and by the A338. Stretches of this hedge have been laid at different times over the past few years and it has been laid with wildlife in mind rather than traditionally. A nice, thick, denser hedge is the perfect sanctuary for smaller mammals and birds, giving them a safer place to nest and hide from predators. As it continues to grow it will thicken out and grow up, with the new growth providing the perfect cover.

The photos below show Geoff explaining to the group how to cut at an angle into the tree so it will bend and lay over those previously cut without breaking, and the stretch of hedge before we began working. 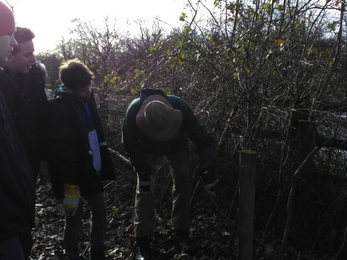 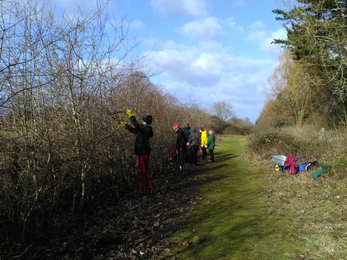 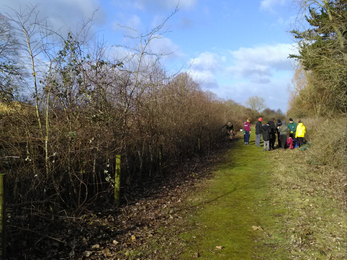 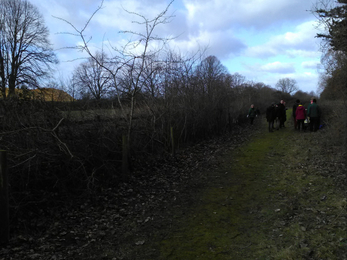 As well as laying the trees, we did a bit of ‘tidying up’, so to speak, clearing the many brambles growing in between and entwining around them to make them easier to lay and also more comfortable for us to get to them, and also as this hedge is hawthorn and blackthorn, cutting back any of the branches likely to again impede our task.

We managed to lay a good stretch whilst we were out, leaving the odd tree still standing and working in from both ends. There is not much left now to lay, so perhaps we will get a chance to head back to it again another time or the volunteers will be able to lay the final bit. The weather had changed for my ‘after’ photo, but hopefully you can see the difference. The gravel mound across the road is certainly more obvious!

Thanks to Geoff, Nigel and Roma for your help on Sunday.

Young Naturalists is a monthly meet-up for nature lovers aged 13-17, and is kindly supported by funding from the Cameron Bespolka Trust. Get outdoors, learn practical skills, and help protect our wonderful local wildlife - what will you discover?

Why are the local elections important for wildlife?

When you vote in local elections you could give councillors the power to make decisions that will not only help local people, but also…

Children and young people should have the chance to have unforgettable experiences discovering the outdoors. A hands-on connection with…

Finding solace in the Solent

During the pandemic, many of us have found ourselves less able to do the things we love and have looked to nature for new ways to occupy…