Searching our Shores: Harry and Claire

The Isle of Wight is known for its beautiful beaches, but for Claire Saxby and her great-nephew, 13 year-old 'Ace Crab Catcher' Harry, these shores are full of hidden treasures. With Harry living on the Island and Claire being a regular visitor, this dynamic duo are always keen to comb the Island's coastline for wildlife.

Venturing out on Sunday 21st April - a beautifully warm, still evening - they decided to head to Hanover Point just by Compton Bay. They had done surveys at this site before, in August and December 2018, and were hoping to see what had changed. Overall the pair managed to identify a whopping 39 species in only 2.5 hours - an amazing achievement!

Anemones were numerous, including dahlia anemones (Urticina felina) in several different colour variations. A beadlet anemone (Actinia equina) showed off the bright blue stinging cells at the base of its tentacles, which it uses to fight rivals. You can also see a snakelocks anemone (Anemonia viridis) - one of the few that doesn't retract its tentacles, meaning it can make the most of the sunlight. 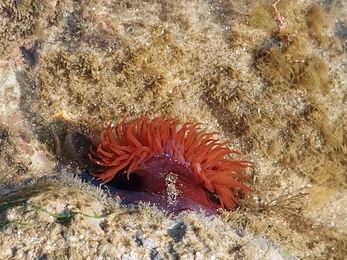 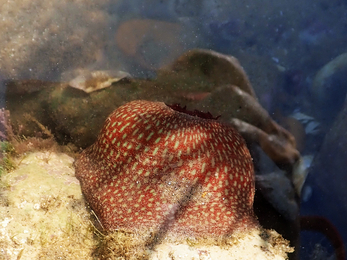 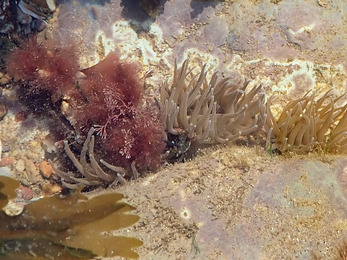 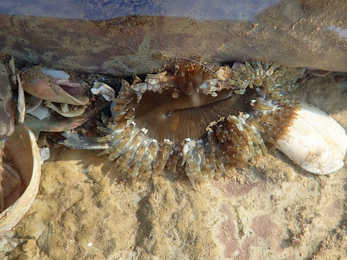 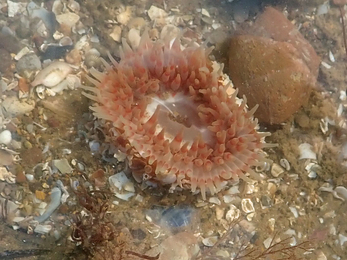 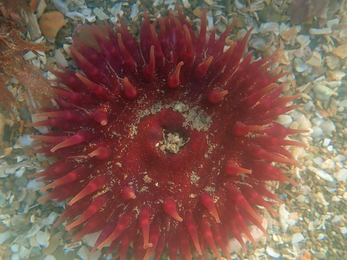 The area came up trumps on crab species, with a few common shore crabs (Carcinus maenas), a hairy crab (Pilumnus hirtellus), and both broad-clawed (Porcellana platycheles) and long-clawed (Pisidia longicornis) porcelain crabs. Named for their delicate nature, porcelain crabs will often shed a leg in order to escape from a predator! 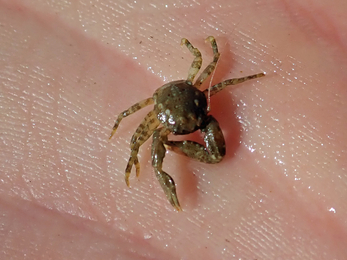 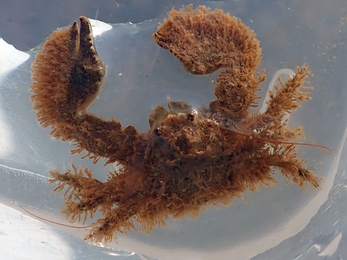 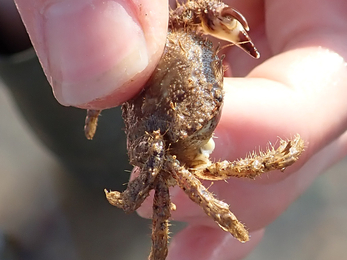 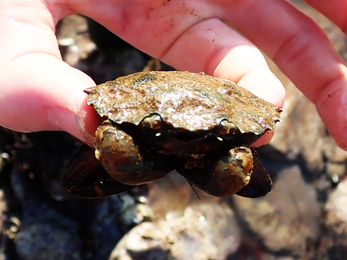 Three of the most distinctive small sea snails found on our shores made an appearance. The painted topshell (Calliostoma zizyphinum) has a conical shape and beautiful patterns that can be yellowish, pink, or purple. The flat topshell (Gibbula umbilicalis) is just as beautiful but has a flatter shape and bold stripes of a dark purple colour. The netted dog whelk (Tritia reticulata) also lives up to its name, with a distinctive textured pattern that looks a bit like a fishing net. 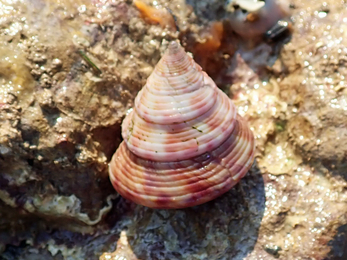 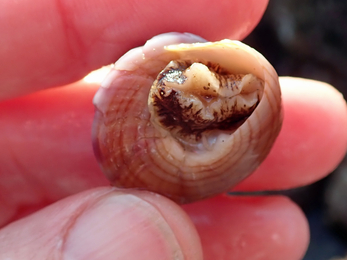 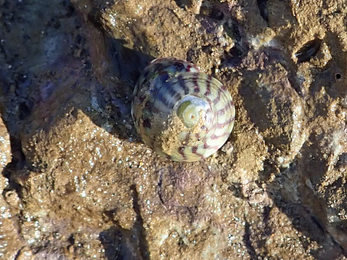 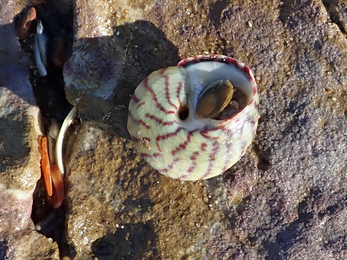 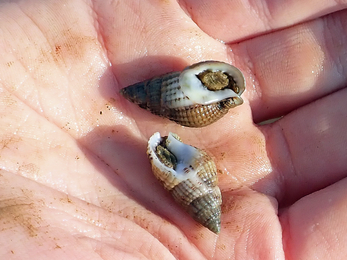 The eagle-eyed pair were also able to spot some of our more elusive species, like the white piddock (Barnea candida). This clam-like mollusc burrows inside a rock while still a larva and stays there its whole life - this one was only exposed when its home split open. A couple of ragworms (Hediste diversicolor) also took time out from burrowing, in this case in muddy areas of the seabed. If you're lucky you can sometimes see them on the surface looking for food - they're well known for eating just about anything they can find! 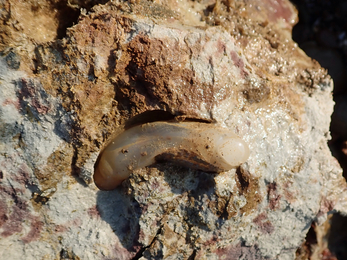 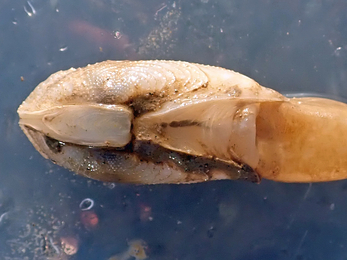 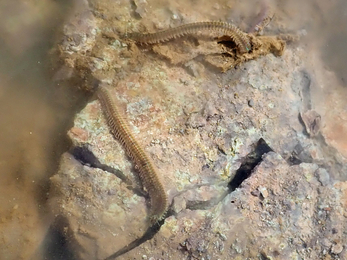 Harry and Claire did a wonderful job of searching the beach at Hanover Point - huge thanks to them both for sharing their findings. Shore surveys like theirs are not only fun and interesting, but also give us the data we need to secure better protections for our amazing marine wildlife.

There are lots of ways to join in on citizen science, from coming on our own intertidal surveys to letting us know about your marine mammal sightings. There are initiatives recording everything from microplastics to invasive species, so you're sure to find one that suits your interests.

Whether it’s a glimpse of water-webbed whiskers, a lithe body porpoising in play or the tip of a ruddering tail, the sight of a shy…

Janet Herring was a woman who wanted to do something. When she heard of our Wilder Strategy, Janet knew what she could do. She went back…

On January 7th we launched our first Team Wilder event - a workshop day for our very first team members and champions. It also happened…