Policy & Public Affairs Officer
Despite the obvious shortcomings there are three big reasons why COP26 still gave us hope...

COP26 ended, not with a cheer but with a tear. The summit president Alok Sharma sat slumped at the podium, struggling to hold back the emotions as two weeks of late night, coffee fueled negotiations ended in a frank apology from Sharma for what he tentatively called a ‘fragile victory’. Tense standoffs about the future of climate-killing coal led to a watering down of ambitions that will see global carbon emissions continue to rise for years to come, precisely at a time when emissions must fall if we are to have a clear hope of limiting global temperature rise to 1.5oC1. COP26 wasn’t ‘the big moment’ we had been waiting for,  but another necessary step on a difficult uphill path.

It is tempting to let frustration turn to apathy but there is too much at stake to allow ourselves that luxury. Despite the obvious shortcomings there are three big reasons why COP26 still gave us hope!

We can take heart that nature finally began to have the spotlight in these climate discussions that it rightly deserves. The climate crisis was never solely about our carbon emissions but also our relationship with land use and the way we degrade land and ocean habitats that have safely locked away carbon for centuries. Deforestation was at the heart of negotiations and Boris Johnson was correct, when he said that, ‘’These great teeming ecosystems—these pillared cathedrals of nature—are the lungs of our planet.’’ But it isn’t just forests, all habitats, including our wetlands, seagrass meadows and peatlands all play a fundamental role in storing carbon long-term.

This new focus has led to a global pledge to end deforestation by 20302 and nine billion dollars to promote sustainable land use2. It is just the beginning of a conversation about climate and nature which treats both crises as linked and equally important to a sustainable future. We look forward to the Convention on Biodiversity’s COP15 early next year which will build on COP26’s successes and failures to ensure that 30% of land and sea is protected for nature by 2030.

But fundamentally if we fail to drastically reduce emissions, species will vanish, and extinction will be just one example of irrecoverable loss at the hands of the climate crisis.

2 – The pressure is on global leaders to do better

This is the first climate conference where almost every country has accepted that the daunting task of net-zero by the middle of the century is necessary. This consensus only came about because of the sustained battling, protesting, campaigning, striving and struggling of a determined and empowered set of people; whether you are a school student speaking up for the first time, or a veteran campaigner who has spent a lifetime advocating for change.

Leaders know that the pressure is on to prove that they are doing everything possible to avert climate catastrophe, which means they will be meeting again next year to continue to strengthen targets3 We must continue to hold our leaders accountable and push for change – the progress over the last few years has been phenomenal and that is entirely down to public pressure.

At COP26 the Uk government pledged to:

You have equipped and empowered the Trust to lead the restoration of the natural world locally and we are delivering on that wilder goal to protect 30% of land and sea for nature by 2030. When others don’t step up, we do and you can too! If you feel dispirited or downhearted by COP26, just remember that you are not powerless and your voice matters. We still need every council and local leader in the country to take the lessons learned from COP and embed nature recovery as a key climate action.

There is no council that can claim to be doing their part for climate and nature when they still tear up our wild places in their development and planning decisions! If you are feeling frustrated by COP then you can make a difference right here, right now by channelling that feeling into our action below by  telling your council to declare a nature emergency,  by setting targets and an action plan to put nature back into recovery locally and enable nature to help us in the fight against the climate crisis!

Tell your council to declare a 'Nature Emergency' 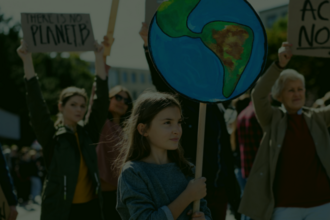 Demand that your council declares a Nature Emergency! 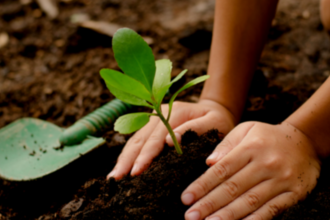 Councils can deal with the nature emergency

COP 26 isn't all about nations and world leaders. Your local council has enormous power to ignore or choose to deal with the… 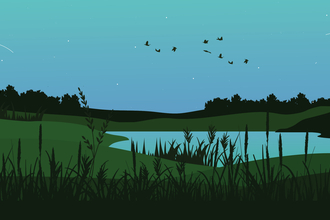 What are nature-based solutions?

The decline of nature and the climate crisis are linked - but so are their solutions.

You want my help to bring wildlife back? Challenge accepted!

I love a challenge, don't you? At the beginning of the pandemic, I was going through some personal struggles and taking part in…

What happens when old interest meets new knowledge? Guest blogger Nicole tells us how a lifelong fascination led to research on the…

Wilder Flashmobs are bringing nature back to Hook Infant School

Hook Infant School start their wilder journey and get digging