The aim is to build up a detailed knowledge of how waders and wildfowl use the site. this will be a reflection on the condition of the site and will help us tweak management to maximize the effectiveness of the site.

I thought it may be interesting for you  to see what we do in regards of monitoring our sites and influencing management.

So, from November until the end of March the volunteers wandered around the sea wall and recorded where the birds were at what time on a map. They also recorded where the birds came in from / went out to if they were disturbed or just natural movements. This not only built up a picture of how many birds were using the site but also how they used the site in terms of time of day, stage of tide or preferred feeding/roosting areas.

There is quite a lot to analyse but I have started to look at the brent geese as these are one of the primary users of the site and a target species. It has turned up some interesting results, not unexpected but nicely explains some of the basic movements that are happening on site

Over the study period there was an increase in the mean number of birds using the site (see graph). This follows an expected change in winter feeding behavior as the primary food source in the harbour, eelgrass (Zoostera spp) reduces through either overgrazing or natural seasonal decline.

There is a steady increase of site usage, peaking in February where the site has a mean number of 1582.86 birds. Historically the number of birds is much higher than this, potentially 4000. 2017/2018 however has been a year with significantly less juveniles in the area following the natural trend associated with breeding success.

The site was used more during high tide than low tide which suggests that the geese were feeding in the harbour. Given the higher mean temperature this winter, this would be expected as the eelgrass stayed in better condition later into the winter.

From January onwards the southern end of the marsh forms the most important area for the geese, with the highest numbers recorded and the most frequent area where birds were recorded.

This southern end saw significantly less Creeping Thistle (Cirsium arvense) during summer 2017 so underwent less intensive management and so the sward is likely in much better condition, with significantly more grasses and herbaceous plants.

This can also be said for the northern point and areas around the deeps which had less thistle on over summer and subsequently had to be mown less.

In contrast the North West area in January saw high numbers but only for a shorter amount of time. This area had significant areas of dense creeping thistle in the summer and therefore the sward had to be intensively managed and probably had less suitable grasses for long term grazing.

It does show however that the management did produce suitable grazing for the winter period and prolonged management should produce a more robust sward for the future. 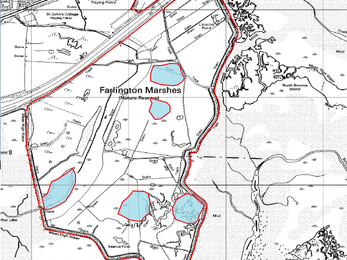 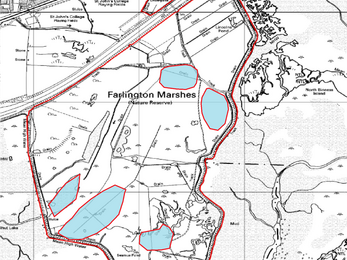 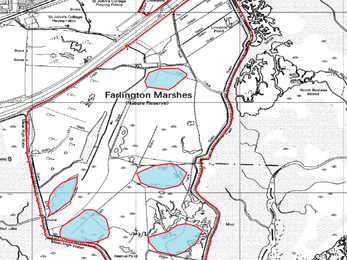 Why are the local elections important for wildlife?

When you vote in local elections you could give councillors the power to make decisions that will not only help local people, but also…

What is it that makes our chalk streams special? Deep beneath our feet, an ancient behemoth controls the fate of the waters above.

The clear water and gravelly beds of chalk streams offer fantastic habitat for wildlife. At Stoke, the Watercress and Winterbournes…