https://twitter.com/HannahTerrey
Hannah is Director of Communications and Engagement at the Wildlife Trust
Staff, trustees, members, volunteers and local supporters gathered with thousands of people from across the UK for a Mass Lobby of Parliament - calling for action to secure nature’s recovery.

The Time Is Now Lobby on 26th June saw thousands of people descend on Westminster, to talk to their MPs about tackling the climate and biodiversity crisis.

Organised by the Climate Coalition and Greener UK, the Lobby was supported by a wide range of charities from Christian Aid, and WI to WWF.

The Wildlife Trusts were out in force with hundreds of staff, volunteers and supporters carrying placards, and bringing messages for their local politicians.

We were pleased to see so many people turn up from Hampshire and the Isle of Wight - including a couple who had cycled all the way from Botley!

It was also fantastic to see lots of younger people and school children among the crowds. 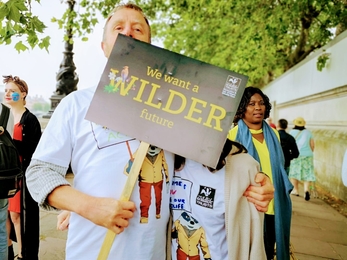 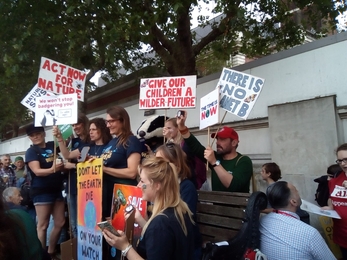 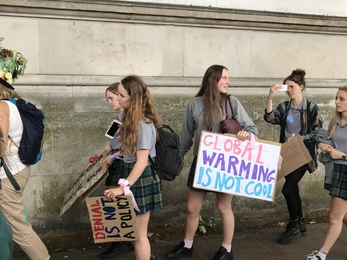 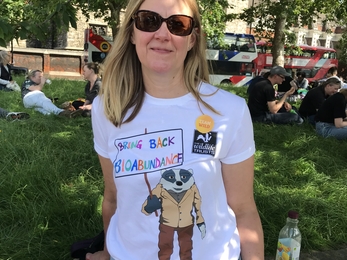 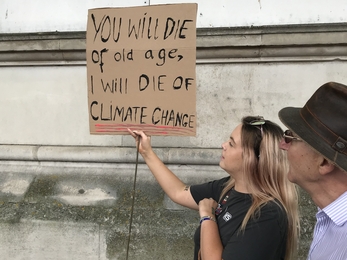 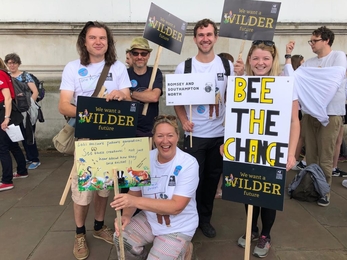 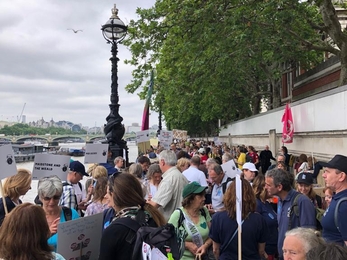 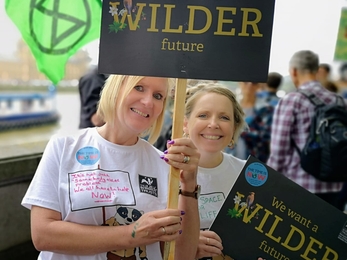 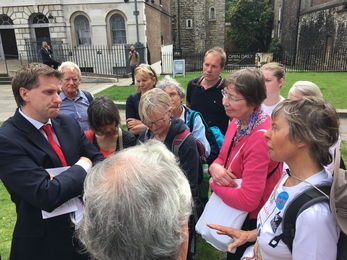 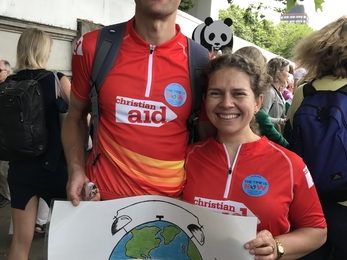 Through out the day, MPs and their assistants met with constituents and discussed issues ranging from carbon emission targets to local recycling schemes,

The Wildlife Trusts and our supporters were making the point that the Environment Bill must have a Nature Recovery Network at its heart - to make sure that local authorities map out and plan how and where to create more space for nature and wildlife.

The Nature Recovery Network will allow governments, business, developers and landowners to invest in creating and restoring habitat where it's most needed.

To ensure that the urgency of our message was heard across Westminster, thousands of alarm clocks were set off in unison at 2pm.

We want to say a huge thank you to everyone who took the time to join the Lobby and helped to make it such a positive and meaningful day.  Thank you too to our MPs who turned out to listen.

We will continue to talk to our local politicians about how, together, we can create a wilder future for our counties.

The Conservative Election Win - Our Thoughts.

I share my thoughts on what the Conservative Election win means for local wildlife.

Humans have become very effective at killing pests. But we are also, unwittingly perhaps, paying a huge and growing price for the…